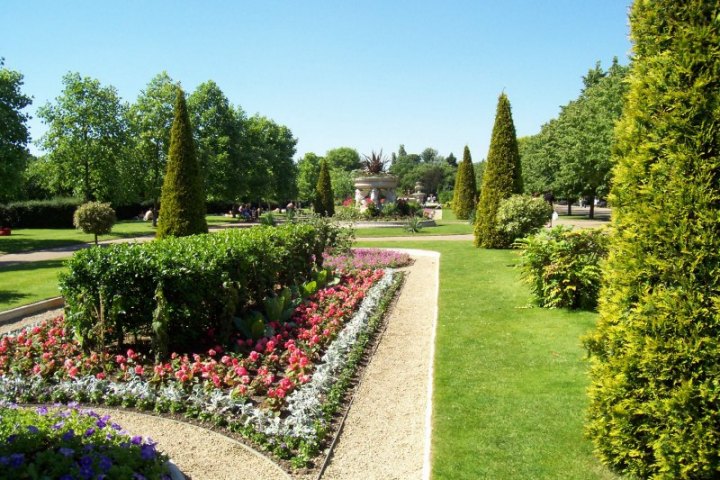 A short walk from our Baker Street apartments or short tube journey from our Hampstead apartments this Royal Park is a treasure.

It was originally part of Henry VIII’s hunting grounds and was destined to contain a summer residence designed by Nash. The King decided against it but a couple of Nash buildings remain along with lush and beautifully manicured gardens and a boating lake. Although commoners were originally only allowed access twice per week, the park is now open to the public every day.

The Park has a number of cafes and playgrounds and is also home to the London Zoo although, most of the animals would probably rather you travelled to their home countries to try and see them than watch them in their cages!

A great place to escape busy London life for an afternoon and hire a boat, take a picnic and a significant other!

The park is also home to London’s largest open air theatre that hosts regular plays and musicals throughout the summer.