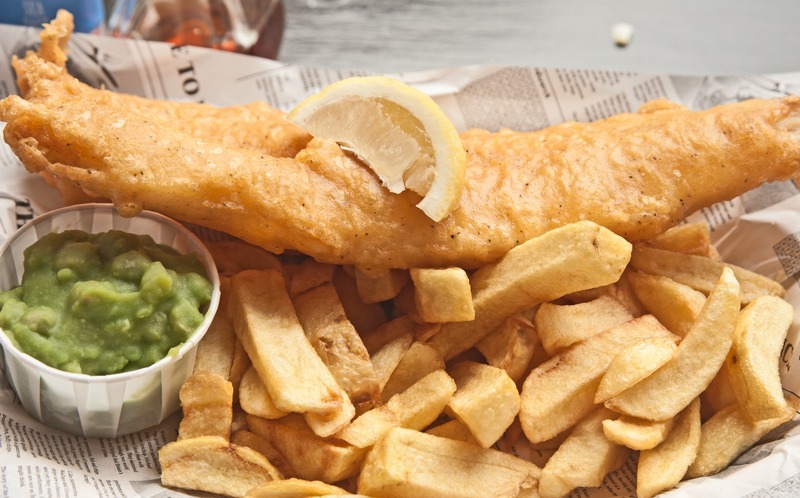 Definitely not haute cuisine but if you are going to be staying in England, your visit will not be complete without experiencing fish and chips at least once.

In the days of old (around 50 years ago!) Britain was not known for its great food. The primary “going out” meal and takeaway meal was fish and chips. And they were always served wrapped in newspaper. Fortunately for Britain, 50 years has seen a lot of foreigners come to live here and bring with them a wonderful variety of food.

However, fish and chips are still very much part of the scene and as British as the Queen. And the green things you see in the photo are mushy peas, the traditional accompaniment, rather nicer than they look. Salt and vinegar are the only thing you should put on fish and chips, ketchup a sure sign that you are not British! Some restaurants add tartar sauce but this is not for the purists.

And now for the hard part, finding a good fish and chip shop. There have probably been duels fought over which is best but the following two are generally considered great contenders in London. Geales is a short tube or cab journey while the Sea Shell is only an 8 minute walk from our Baker Street rental apartments.